We know that the sun’s UV light is enemy no. 1 to our skin, but it took decades of dermatologists preaching that message before people began embracing sunscreen as a year-round necessity. Now, blue light—which emits from both the sun and our digital devices—is under scrutiny from experts as another potential skin hazard, and a flurry of skincare products have come out in recent years purporting to help shield our faces from daily blue light exposure. But how much damage do our devices actually cause to our skin, and do you need blue light-specific skincare? Here’s what the latest science indicates. 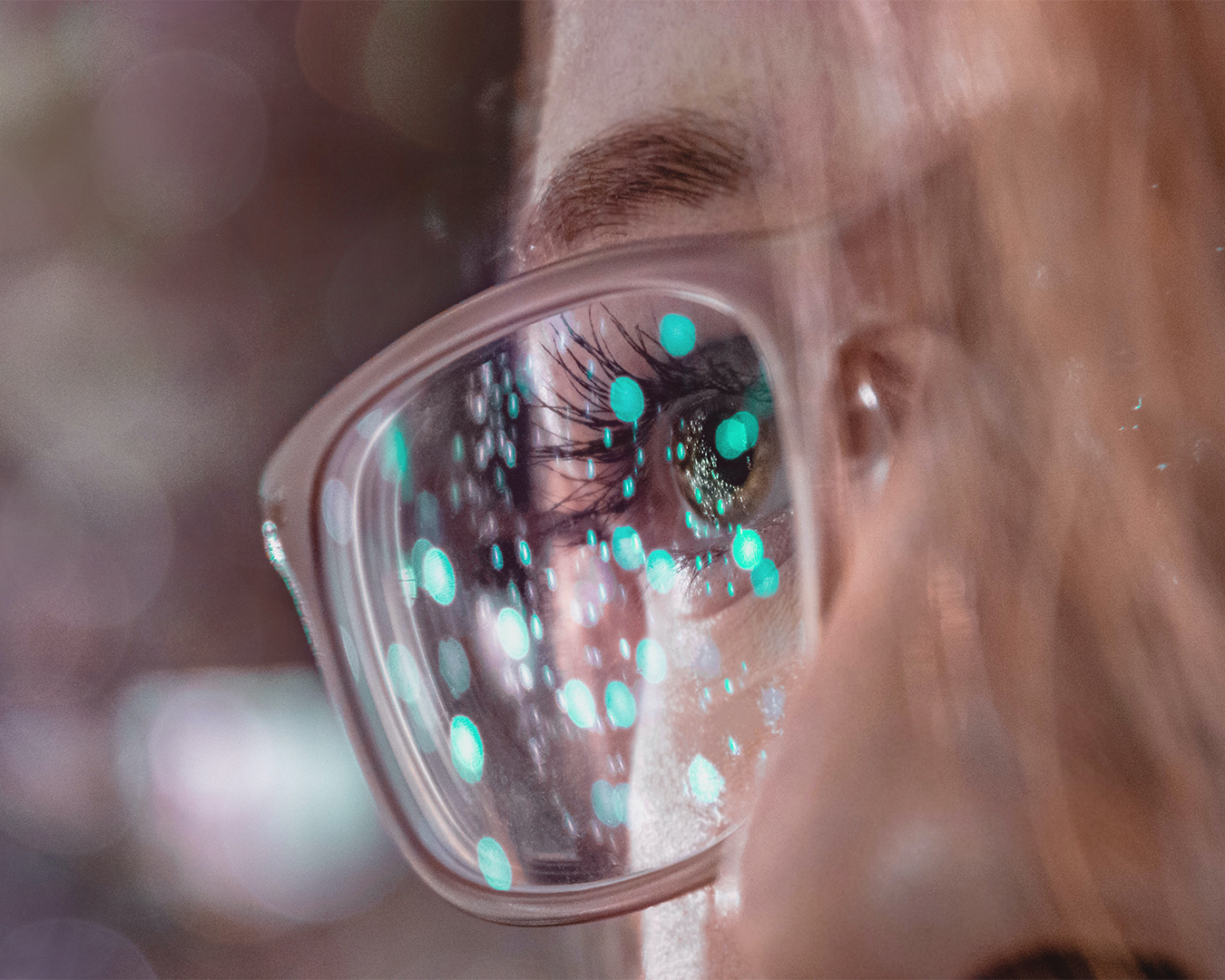 What is blue light?

Blue light is part of the visible light spectrum, meaning light we can see. The sun’s UV light is also part of the visible light spectrum, and we know that UVA rays reach deep into the skin’s dermis layer where they can break down collagen and elastin (which contributes to wrinkles, dark spots, and other skin aging) and cause DNA damage directly linked to skin cancer.

Blue light rays are longer than UVA rays, meaning they potentially penetrate even deeper into the skin. Blue light waves are also high energy, or HEV (high energy visible) light. HEV light is different than the controlled blue light used in dermatologists’ offices, skin clinics, and at-home light devices to help improve acne and other skin conditions, and the specific wavelength used in these cosmetic treatments won’t hurt your skin.

According to the American Academy of Ophthalmology, we get most of our HEV light exposure from the sun. The rest, known as artificial blue light, emits from the screens on our smartphones, tablets, computers, and TVs, as well as from fluorescent and LED lighting. While the AAO notes that we’re exposed to far less artificial blue light than we are natural blue light from the sun, as we’ve become more reliant on our digital devices—particularly during these past two Zoom-filled years—we’re substantially increasing our daily exposure. 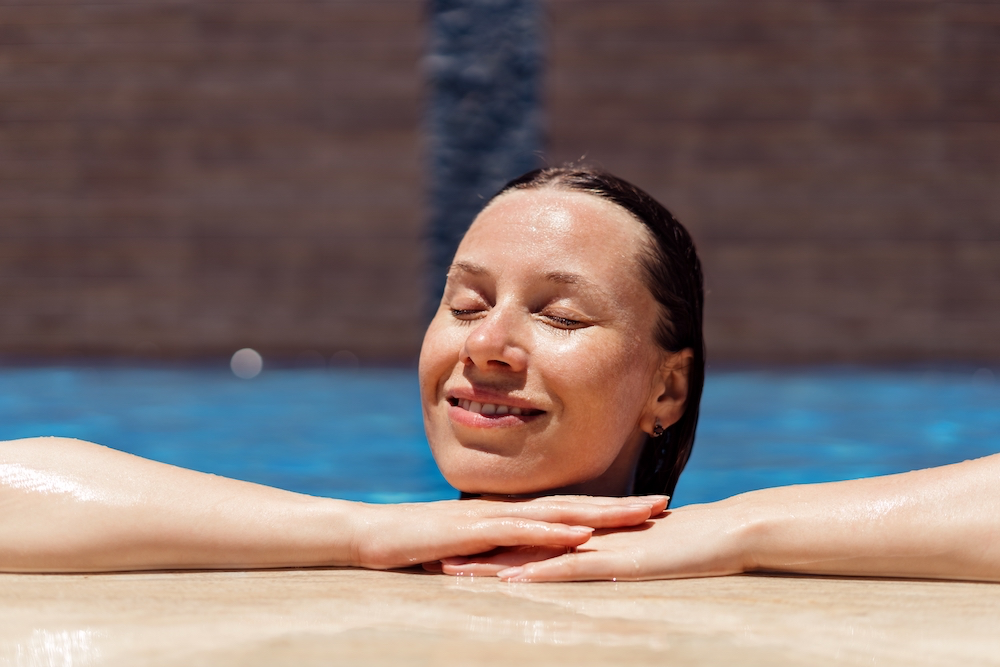 How does blue light affect us?

HEV light has its pros and cons. Its main health benefit is regulating our body's circadian rhythm, which is our natural sleep-wake cycle. Biologically, we’re programmed to be awake and alert when our eyes detect blue light, and studies have shown that blue light exposure can improve your mood, memory, attention span, and focus.

On the flip side, blue light is a powerful suppressor of melatonin, the hormone our brain releases in response to darkness that influences our sleep quality. Research shows that scrolling on our devices or watching a flick on our TV at bedtime can really mess up our sleep. And since skin repairs itself at night while we snooze, chronic poor sleep not only makes us look tired—it can damage our skin’s overall health.

As for how dry and achy our eyes often feel after staring at a computer screen all day, ophthalmologists call this digital eye strain. While it’s uncomfortable, there’s currently no evidence to suggest that digital blue light damages your eyes. There’s also no need for those blue-light filtering glasses, according to a study published in the American Journal of Ophthalmology, which found the trendy eyewear does not reduce digital eye strain.

Is blue light damaging our skin?

Dermatologists suspect that HEV light causes some harm to our skin, but just how significant and long term the damage may be is still unknown. Research in this area is relatively new and ongoing, but so far, the signs point to blue light being bad for our complexions.

Current research on HEV light is limited because most of the data comes from lab studies on skin cells or skin samples. Until there are large-scale studies on actual people—and so far, there have only been a few on very small groups of people—we can’t know conclusively how blue light impacts the skin.

The most compelling evidence so far is that natural blue light worsens dark spots and melasma by disrupting melanocytes, the pigment-producing cells in skin, triggering uneven or too much pigment. A 2010 study published in the Journal of Investigative Dermatology on 22 people with various skin tones found that exposing their skin to the level of blue light we’d get from being out in the sun caused more pigment issues, redness, and inflammation than when their skin was exposed to comparable levels of UVA rays, though these effects were seen only in the participants with darker skin tones. Their blue-light induced pigment changes lasted longer than the UV-induced pigment changes, too.

A larger 2013 study on mostly non-white women with melasma using a hydroquinone treatment throughout the 8-week study found that those who applied a sunscreen every day that protects against both UV rays and visible light had more significant improvement in their melasma than the group using a daily sunscreen with UVA/UVB protection only.

Keep in mind, both of these studies involved sun-induced blue light—to date, there haven’t been any significant, independent (i.e. not paid for by a brand making blue-light skincare), clinical peer-reviewed studies on how digital blue light affects skin.

Other small studies seem to indicate that blue light may trigger free radicals in the skin as well as possibly weaken the skin barrier, all of which contributes to the damage that can speed up and worsen skin aging. 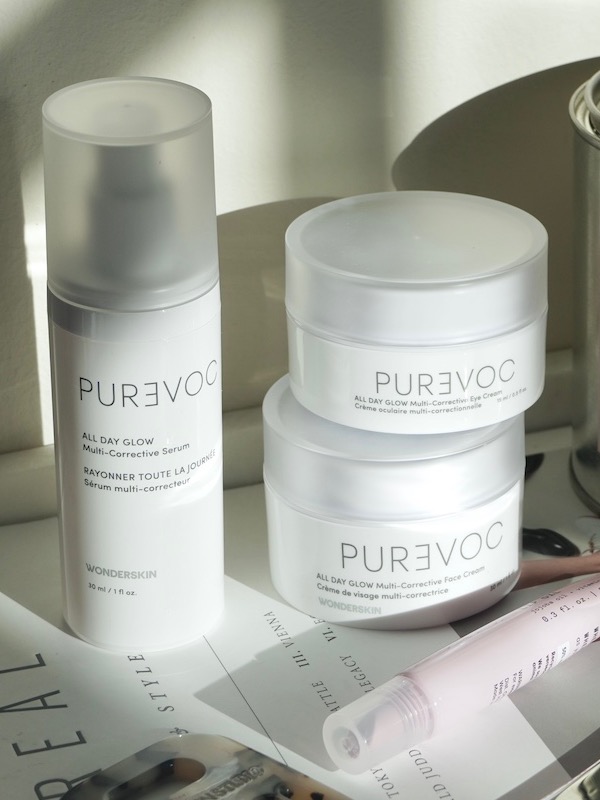 Considering the jury's still out on how HEV light impacts our skin, it can't hurt to protect yourself against blue light, particularly if you have darker skin and are prone to melanoma or other pigmentation issues. Dermatologists say this doesn't require overhauling you regimen, though. Simply smooth on a good antioxidant serum every morning, such as our PUREVOC All Day Glow Serum, along with a facial sunscreen that contains iron oxide, which data shows blocks blue light whereas other sunscreen ingredients don't seem to.

Experts predict that in the coming years, most sunscreens will be formulated to protect against blue light. Remember, the sun is the main source of your blue light exposure, not your digital devices. But if you want to be on the side of caution, switching to dark mode on your phone and dimming your computer screen reduces some of the blue light emitted. And going hands-free when talking on your smartphone keeps it off your face. But the best benefit of limiting your screen time: it gives you more time to spend with the people you love in person.